How to Raise Millions in Seconds with Initial Coin Offerings?

What is An Initial Coin Offering?

Initial Coin Offerings (ICOs) are the new norm for the raising funds for new cryptocurrency enterprises. It is a means used by digital ventures to get around the arduous and controlled fundraising methods required by banks or capitalist investors. Initial Coin Offering is a cryptocurrency model of the Initial Public Offerings (IPOs) and Crowdfunding. 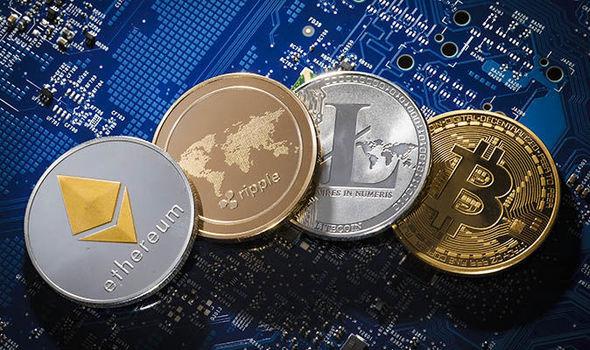 ICOs really became very popular in the year 2017. Many successful ICOs have generated record breaking returns for investors during the project campaign periods. It is common knowledge in the cryptocurrency world that ICOs are now being tracked by several websites on the internet.

Successful ICOs are usually based on a strong product platform, such as the ones serving the best cryptocurrency exchangeventures.

How ICOs Can Make You a Millionaire?

ICOs are basically different from Initial Public Offerings in that the latter is a campaign by an established company with a working project and profits. ICOs define the start of a cryptocurrency powering a product.

Several successful ICO projects have earned backers millions of dollars in profits. A popular example is the Ethereum project with its Ethers coin. It launched in 2014 with an issuing price of $0.3 per Ether. The value went up to as much as $14 in 2015 and 2016.

A significant part of Ethereum is the smart contract feature. These are contracts which execute when the terms are met by all parties involved. The automatic execution of the contracts help to hasten the process, while ensuring mistakes are minimized.

No one turns out to be a millionaire by saving up a percentage of their salaries in a bank or under their bed. It is estimated that saving about 20% of your $50k to $60k annual salary will sum to a million in 65 years. That is definitely a bad deal.

Recently, opportunities to invest have sprung up around the globe. All thanks to cryptocurrencies and ICOs, the common man can aspire to be in the millionaire league. There are inherent risks but, the rewards are worth taking the chance.

As seen from the list of the most profitable ICOs in the table, return on investment over time is usually immense. When a crypto venture needs to raise funding with an Initial Coin Offering (ICO), the start-up normally creates an action plan in a whitepaper.

A whitepaper defines the scope of the project, highlighting everything the project is about, the need(s) it will fulfil when completed, the amount of money needed to be raised to undertake the venture. Also, the amount of the digital token the start-up owners of the project will hold for themselves, the length of time the ICO will run, and the currency they are willing to accept in exchange for their token.

An ICO campaign rallies backers and enthusiasts of the start-up project or of cryptocurrencies to purchase a part of the newly launched cryptocurrency with a legal tender or another cryptocurrency, usually Bitcoin. The cryptocoins acquired by these supporters are very similar to holding a company shares during an IPO.

To make huge profits from your decision to invest in the digital currency world, you have to enter a promising ICO early. Investors in this environment operate with a motivation that the cryptocurrency they buy will rapidly increase in value. With the hope that the ICO will be a success after its launch, wise investors enter the fray early enough.

Many skeptics stayed away from the Blockchain and digital currency market at its launch, because of its volatility and perceived illegality. Nonetheless, the few that threw their hats in the ring have hugely benefited from their investment. It’s certain many must be regretting their indifference to early cryptocoins like Bitcoin and Ether.

Equipped with the right risk-assessment tool, you can be the next crypto-millionaire. 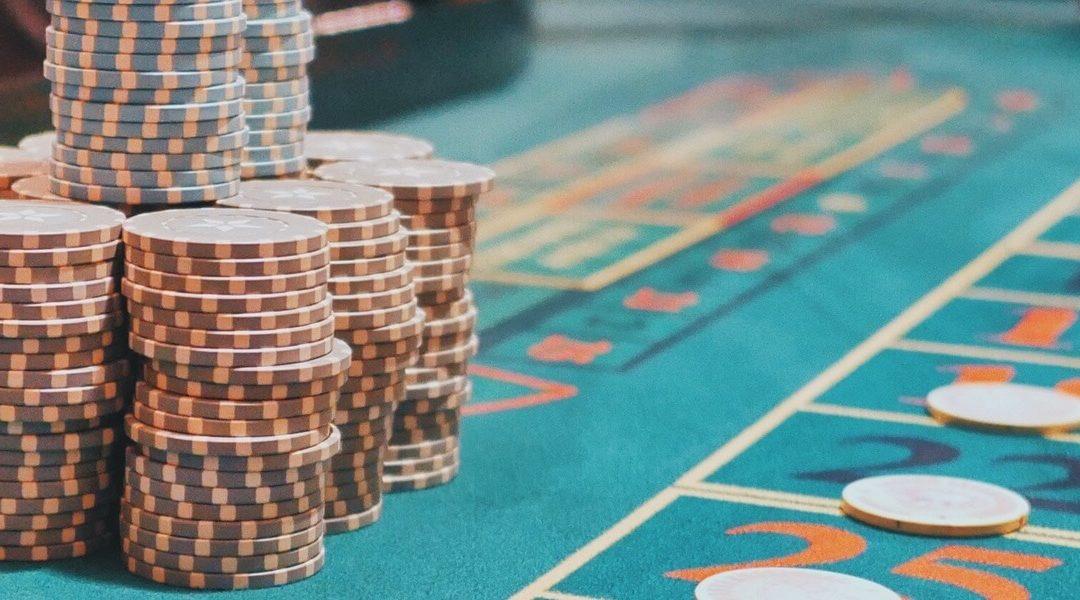 New technology, especially ones where huge amounts money is invested, will always raise a few eyelids from regulators and among fraudsters. Initial Coin offerings have faced severe scrutiny from the mainstream public and regulators alike. It has also enticed its fair share of scammers.

The decentralized and unregulated nature of ICOs has made it difficult for countries to collectively embrace it.

The legality of ICOs is a hot topic in most countries in the blockchain revolution. Most countries have differing perspective and regulations that might seem to legalize or make ICOs illegal.

The United States has no real regulation for ICOs, but the question of their legality is dependent on the classification of the cryptocoin involved. The Securities and Exchange Commission (SEC) are the regulators in charge of supervising trades in financial instruments. If any coin is tagged a ‘Security’ in the US, it falls under the jurisdiction of the SEC.

However, the commission has made their reservations about ICOs widely known to the public. The SEC has been very vocal however on warning people about the dangers of investing in ICOs. A message to this position is clearly written on their website.

In China, the regulators have come down hard on the cryptocurrency market following the initial bubble in the country. The people’s Bank of China finally declared ICOs as illegal and has warned the general public to refrain from investing in them. South Korea followed suit in declaring ICOs as illegal.

In Europe, the regulators also classify some ICOs as financial instruments under their jurisdiction. Even then, there are countries such as Malta that are creating new regulations to accommodate cryptocurrencies and the Blockchain technology. Abu Dhabi also has similar guidelines.

The fact remains that the lack of regulations whatsoever is a loophole for major scams to destroy the market. It is comforting to know that many countries are working on ICOs’ regulation.

The high failure rates of ICOs have tuned many promising ventures to scams. Investors have no protection in this market since there is limited law regulating the conducts of start-ups.

An example of a high-profile scam involved an ICO by a company named Centra Tech Inc. In the end, even successful ICOs suffer security breaches that could run them out of business. In order to reduce the risk of exposure and protect your investment, the following should be observed;

Look way past the cryptocoin to the product it powers

Cryptocurrencies are built to fulfill a need, support a product or drive an initiative. These are the real markers that determine the success of any ICO campaign. All digital currencies are just currencies built on the Blockchain technology. They are only differentiated by the purpose driving their creation, hence the coin’s profitability.

Assess the product, determine if it’s viable one and decide if it’s worth investing in. Coins supporting viable projects usually have successful ICOs.

As discussed earlier, a whitepaper is more or less a financial project proposal. You can learn more about the project by reading the whitepaper and decide the level of professionalism exhibited in compiling it. The same effort and credibility will usually reflect in the success of their venture.

The biggest investors pay attention to the pitches of venture founders, but they usually have more interest in knowing the people executing the idea. In the same way, you must carefully examine the capability of the owners of the venture running the ICO to build and manage successful ventures.

They might be newbie to Blockchain and cryptocurrencies, but have they launched an idea, worked on a project in another field, or run a business. Their past failure doesn’t matter much, but their experience does.

Lastly, be a part of the telegram page of the ICO owners. Watching the crypto telegram signals and other information on the platform would give you ample time to make your decision on investing.

Blockchain has revolutionized the way we conduct transactions, engage security tools and transmit data on the internet. Cryptocurrency has clearly heralded a new crop of digital millionaires. The idea behind the creation of these digital financial tools has led to the multiplication of real-life uses cases globally.

From health services, clean and renewable energy, consumer data security, agriculture, to internet services, the returns from these digital currencies has a huge potential to change millions of lives.

Initial Coin Offerings has its risks, but a meticulous investment analysis and execution is all it takes to become the next crypto-millionaire!

Claire John is a Crypto-enthusiast and a Tech Blogger. She is a regular contributor at Coin Review but this doesn’t stop her here. Her passion for writing drives her to utilize her diverse skill set to develop unique content and create efficiency to enhance her client's experiences. You can find her on LinkedIn and Twitter.

Stockchain
New Guide!
How to Trade Cryptocurrency
Read Now!
Did You Know?
Cryptoncy.net is a powerful platform where you are able to:
Sign Up Now!

​How Cloud Transforms Child Care Management
Avoid Being Scammed When Buying Bitcoin - What To Keep In Mind
A Problem With Blockchain Projects: How To Consume Less Energy
Top 5 Cryptocurrencies To Watch In 2019
Women in Cryptocurrency - Infographic
Top 7 Mistakes in ICO marketing
6 Places Cryptocurrency Could Still Catch On As Money
Investing in Digital Currency: Benefits of Crypto Index Funds
Blockchain in Education
Is an ICO the Right Way to Raise Funds for Your Business?